Why is the path to success harder for black entrepreneurs in the tech industry?

The tech industry is known for being brutally hard to succeed in for most entrepreneurs. Technology is forever changing and it’s easy for what was a new and innovative invention to soon be outdated. Competition is fierce with thousands of other tech startups. All looking to succeed and grab up investment opportunities to make their ideas a reality. If you’re not on your A-game and getting the business resources you need, you’ll more than likely end up being drowned out in a sea of competition. Unfortunately, even in 2022, your ethnic background will also affect how smooth your journey to success is.

To thrive as a tech entrepreneur you need resources: financing, capital, social connections, and a support network, to name a few. As hard as it is to garner all these resources, it is substantially harder for black individuals. Lack of diversity in the current tech industry, bias in the hiring process, and hardships at home are the culprits behind the struggle.

In the UK, black households hold a median total wealth of just £34,000. This is a staggering difference from the £286,600 median total wealth for all UK households (Office for National Statistics: 2018). In the US the facts are similar, with black households holding the lowest average income of all demographic groups. With these disadvantages, it’s clearer to see why there are so few black startups and entrepreneurs. It’s also not uncommon to be deterred by the lack of representation in an industry and lack of role models or mentors in your social group.

With very few high-profile black entrepreneurs, it’s harder for aspiring black entrepreneurs to learn and gain confidence from. Even at well-known tech events, the lack of diversity can make it hard for black entrepreneurs to connect with like-minded individuals and gain tips from those who were once in their position. The lack of any black keynote speakers at this year’s Mobile World Congress is just one example of this. While networking seems to be more difficult for black tech entrepreneurs, it is essential to make it in the industry. “Networking is crucial in order to break into the circles that can allow access to the right funders. Taking notes and strategies from other successful African-American entrepreneurs is one of the best ways to identify potential inroads to these funding opportunities.” (Forbes council member Thomas McElroy ) 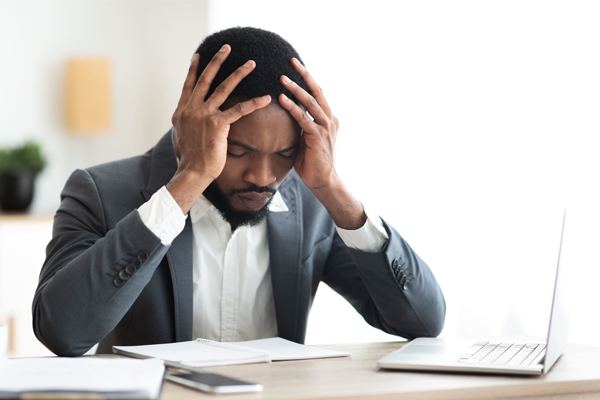 Bias in the workplace

In the era of #BlackLivesMatter and racial profiling, it’s even more important to ask these questions now. Why are there so few high-profile black entrepreneurs in the tech industry?

One reason is bias within the tech sector when it comes to hiring. For many years, the tech industry has been criticised over its poor diversity within companies and the ecosystem. Only 4% of the US’s tech industry is made up of black workers. In the UK, it’s 3%. When it comes to executive roles like board members, CEOs and managers, these numbers drop further to just 2%. From black-owned tech businesses to black tech workers, there is a serious case of white-washing in the tech industry.

A 2003 study from the American Economic Association brought to light a racial bias when it comes to the hiring process.  A third of employers avoided hiring candidates with black-sounding names on their resumes. In 2017, Harvard Business School’s study found that black applicants who ‘whitened’ their resume by removing indications of their race were more than twice as likely to get an interview or callback.

Lack of funding for black entrepreneurs

One clear obstacle black tech entrepreneurs have been consistently battling is funding. In a 2018 Silicon Valley Bank report, only 1% of venture capital went to black startup founders. Another unsurprising figure for black entrepreneurs and startup businesses. In the UK, between 2009 and 2019, only 0.24% of all venture capital available to UK startups went to just 38 black founders. This clear lack of funding leads many black entrepreneurs to simply give up or fund their startups themselves. This can be difficult seeing as most black households earn predominantly less than the average household. A recurring struggle many black entrepreneurs face is being refused most standard methods of funding such as bank loans.  However, many white entrepreneurs successfully apply for them to run and scale up their businesses.

While it is predominantly more difficult for black individuals to fund their tech businesses, there are still ways to find funding. Danny Manu, CEO and founder of the tech brand Mymanu said “I couldn’t get funding from investors or the government schemes. It’s a common issue for the black community. I had to use my savings to create products I could then sell and make a profit from. I also turned to crowdfunding platforms to help make my more ambitious dreams like Mymanu CLIK S a reality.” 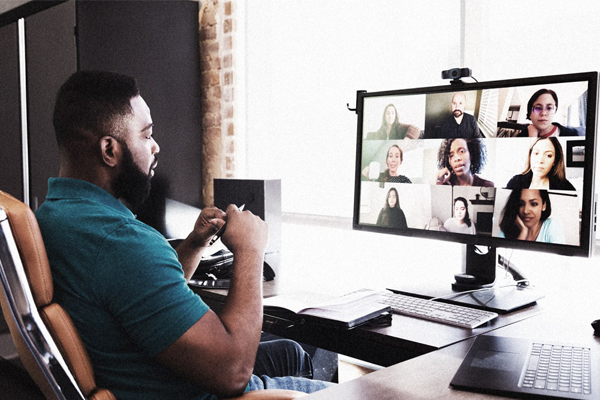 A silver lining in sight for black businesses

Although the road to entering the tech industry as a black entrepreneur is filled with obstacles, there is a glimmer of hope for those like Danny, who want to keep their businesses afloat. Some call it the “age of the inclusive consumer”.  It’s shaking up the way people shop. More and more consumers are using inclusivity as a deciding factor for where they spend their money. In fact, McKinsey’s 2021 study found that 68% of all consumers say their social values guide their shopping choices. This way of shopping is opening up the market to new businesses and promoting a shift in where consumers shop. Consumers boycotting big named brands known for being unfair employers is becoming more popular.

“Over the past few years, very successful black entrepreneurs have created their own networking groups to further help the black community” says Danny. “I have had the privilege was being invited to some of them and have successfully secured investment at the back of this.” This networking move has even gone on to empower others to take opportunities that they wouldn’t have previously taken; showing up to events even when you don’t feel welcomed to the table. This wave of empowerment and true sign of commitment is helping the black community rise up and become successful entrepreneurs in tech.

We would like to hear about your own experience as an entrepreneur. Please share so we can all make a difference.